December 08, 2010
Last week my students read "The Story of and Hour" by Kate Chopin. They spent time on Wednesday reading and discussing the story with their group. They worked with the group to find the theme and the evidence for the theme. On Thursday I wanted them to write independently about the theme and evidence in their own English journal, but they needed to look back at the story of course and they ended up having discussions in the chat window of their shared document for the story. Those conversations were rich and one of them became the topic of my previous post below.

I decided to push them a bit further.  On Friday I gave them an new story, "Passing Days" as a shared document, but instead of sending them to their groups I left them in rows to read the story on their own. After some time to read it I told students to "chat" about the story using their document chat window. The room was silent, every group was discussing the story, pulling in quotes, asking each other questions, but it was all online. By having each group's document open I could see all of their conversations. Students liked it. Their conversations were focused and productive. One student said, "It was so quiet in here, so I could really concentrate on the conversation." Another added, "And we didn't get off topic the way we do when we are talking in  a group."

This week we have moved to Emerson. I wanted them to look closely at "Self Reliance", so I tried using the chat window again in combination with an audio track of the excerpts we were looking at. I played them a paragraph and let the groups "chat" to figure out the meaning of the text. It took us two class periods to listen to all four and a half minutes of the text because the student conversations were so rich. It was like running six simultaneous small Socratic seminars. At the beginning of the second day I showed the class the "transcript" of one of the groups from the day before. This was a good review of the material we read before and also became a teachable moment about how to chat online, support one another, ask questions, stay on topic and add ideas.

If you use Zoom with your students keep reading. If you use, or want to use breakout rooms with your students in Zoom, this post is for you. This works best if your students login to Zoom using their school accounts. It can also work if they created personal Zoom accounts. For safety, your best bet is requiring students to login to Zoom with their school accounts. The second best option is to require them to create Zoom accounts using a personal email and then you use a form to collect those email addresses. Either way you should know the email address of anyone you are expecting to join your class Zoom session. (See #1 in the screen shot.)The Fun Part: Breakout RoomsZomming with 36 students is nice for direct instruction, but for actual conversation and collaboration, break out rooms are essential.  In my classroom, I almost never group students randomly, but the prospect of having to click 36 different check boxes to assign students to groups intentionally was daunting and time consu…

Gear for Virtual Teaching And A Virtual Classroom Background

A back in March I posted a picture of my classroom on Twitter and suggested teachers take pictures of their own classrooms to use as a virtual background on Zoom. That tweet has turned out to be very popular, so here is a little more info.

Note that the full image, and what shows up on Zoom are slightly different. Zoom trims all the edges.

The Gear: (Updated in August 2020 because I found some things I like better.)
Virtual backgrounds work much better if you have a green screen. I happened to have one already and I was glad I had thought to bring it home from my classroom. I have one like this. (Affiliate link) It works great… 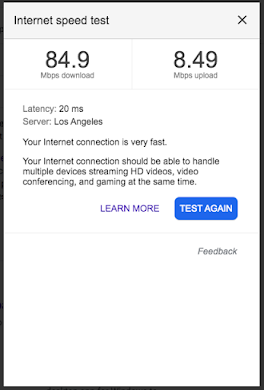 Get More Internet: Bandwidth for Virtual Teaching and Learning

We are about to go back to school and most of us are about to do that in virtual teaching modules. (It's the 5th month of pandemic 'quarantine' for those keeping track.) Unlike the spring, my district, and state are pushing for a much larger number of live teaching minutes. For most of us, teachers and students, this means many more hours a day in virtual meetings, mostly via Zoom or Google Meet.
Everyone is operating with the assumption that this technology is just going to work, that all kids and teachers will be able to get and stay online in video calls for several hours a day. We are even starting to see rules posted that students “must be on camera” during class. We are assuming that we can use these calls as proxies for attendance. I even heard a principal say to mark a student tardy if they leave the call early. It’s not that easy.
I’m not talking about the social and emotional challenges of being online. There are other excellent posts about that. See "Camera…