June 10, 2012
This year I got to be a part of an amazing team of gifted educators, who agreed to collaborate all year long and then did it. The essential tool that made it possible was Dropbox.  I think if you made a wordcloud of all of our meetings this year the biggest words would be reading, writing, scaffolds, and Dropbox.

*See my earlier post, A Functional PLC about how we worked together as a group.

I didn't think the way we were using Dropbox was that revolutionary or innovative. We just needed that kind of functionality. But, having now seen another group use it less functionally and after having some quite tech savvy folks ask me how we did that, I figured a blog post was in order.

Dropbox is a web 2.0 tool that offers free cloud storage starting at 2.5GB. It comes with a client you can put on your laptop that makes your Dropbox folder look and act much like any other folder on your computer. (This is good for people who are comfortable using files on their computer, but aren't too sure yet about browser based collaboration tools.) The crucial element is that, within Dropbox, you can have a folder that is shared with other Dropbox users, whom you select.

My team shared a folder called 9th Grade English.  Inside of that main folder, we had a folder for each of the units we created and most of those units had subfolders for resources, assessments, grammar support etc. The important part here is we only had ONE shared folder for the team. Everything went into it. The team was already familiar and comfortable with Word for creating curriculum materials, so Dropbox just made it easy to share those files.

I realized the importance of the ONE folder per team part when I saw another PLC where each person had shared a folder with each other person on the team. So, everyone on the team had folders named after each other member. That meant that to find anything you needed to know who created it. It doesn't work because each person had their own naming conventions, some had sub folders and some didn't. Part of this reflected the group culture, as each person held tightly to the things they had created that they wanted credit for. No, ONE folder is way more functional. It may take a little time to move your creations into the sub-folders where they fit, but others will be able to find them, and that's the point.

The other thing everyone in your group needs to know about Dropbox is that if one person changes a document in the folder (or a sub folder) that change will happen to that same document for everyone else.  Say I want to customize an exit slip for my students and ask them a question that the rest of the group won't need.  I can do that, but if I just save that change on the document it will percolate quite quickly to the rest of my PLC. Instead, I would open the document and use "Save As" to create my own copy BEFORE making my changes. Most of the time I saved that copy in a folder of my own (within Dropbox) that was NOT shared with my PLC. If I felt I was making changes that another group member might want, I could also use "Save As", but save the doc back to the original folder with a modified name to indicate the change.

The really helpful part of this syncing across the dropbox came when we inevitably found typos in our materials.  One of us would just open the doc, fix the mistake and save it again. The next teacher who used it would get the corrected version. Plus when a document syncs there is a little popup message you get down in the corner of your screen to let you know a document was just updated. Often this was a hint that one of my colleagues was working on something and a reminder that I needed to be working on things for the team as well. A little subtle professional peer pressure.

Though we met twice a week, our email communication was frequent, often along the lines of, "I thought we needed a graphic organizer for...... so I made one and put it in the Dropbox." Often, I would walk into a colleagues room, see them doing something and start to ask, "Is that...?" But, before I could finish the sentence, the reply was already, "In the Dropbox? Yes."

Now, the other four brilliant and generous people I worked with this year are all laid off. It is left to me to recreate our work with two teachers who both previously taught other grades. The fact that all of our work is organized in Dropbox is what will make that feasible. In the end I made a backup copy from Dropbox of all of our work from the year, 239 files taking up 33MB of storage. In binders it would sit on a shelf. In Dropbox it will live to be used, revised and reinvented on a daily basis as we adapt to the changing needs of our students every year.

PS If you have an English position open, I know four excellent teachers who might be interested. 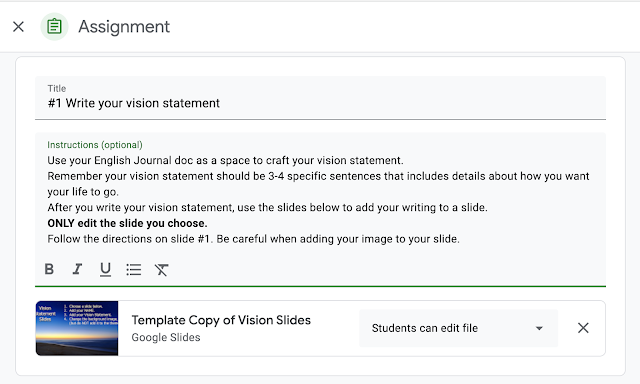